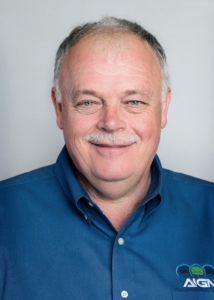 Brief Work History:
Florent grew up on his family farm in Belgium. After attaining his university degree, he began working for René Nicolaï NV in 1982, originally as the production manager in the orchards and tree nursery. In 1990, he became the sales representative in Belgium, and later for the whole European area. After a management buy-out in January of 2000, Florent became the chief executive of René Nicolaï NV nursery, and has held that position for 20 years.